What is Pathological Demand Avoidance?

“The AuTC are a thoughtful team who have committed their organisation to raising the profile of ASD & PDA. …. They are creative and flexible whilst being caring and professional. I’ve enjoyed working with them and sharing ideas throughout 2017 and am looking forward to continuing our relationship during 2018.” 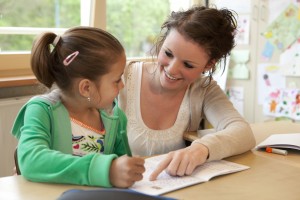 Pathological Demand Avoidance (PDA) is a condition which is part of the Autism Spectrum umbrella of conditions.

Children and Young People with PDA share areas of difficulty with other autistic spectrum disorders, but strategies and approaches found to be effective are very different.

Features of PDA include:

This is the over-riding criterion for diagnosis. People with PDA seem to feel an enormous amount of pressure from ordinary everyday expectations. The person’s threshold or tolerance can vary from day to day and the more anxious a person with PDA is, the less they will be able to tolerate demands. This avoidance can include a level of social manipulation. Strategies range from simple refusal, distraction, giving excuses, delaying, arguing, suggesting alternatives and withdrawing into fantasy. If pushed to comply, they may become verbally or physically aggressive, with severe behavioural outbursts, best described as a ‘panic attack’.

Appearing sociable at a superficial level

People with PDA often seem sociable and can display degrees of empathy previously not thought to be consistent with autism. However their social interaction is very often flawed by their inability to see the bigger picture, their lack of boundaries and their desire to be in control of the situation. They often understand rules but don’t feel they apply to themselves. As children, this can lead to playground peer group difficulties.

People with PDA may switch from one state to another very quickly (e.g. from contented to aggressive), driven by the need to be in charge.

Children with PDA often engage in a level of pretend play that would be unexpected from children with autism. They are very good at taking on the roles and styles of others. They may seek to avoid demands through role play using negotiation, manipulation and distraction.

Language delay, seemingly as a result of passivity

Although people with PDA may have some language delay at an early age, there is often a striking and sudden degree of catch-up. They have more fluent use of eye contact (other than when avoiding demands) and better conversational timing. Some language difficulties remain, such as taking things literally and misunderstanding sarcasm and teasing.

The sort of avoidance that has been described is often linked to an obsession with a particular person Obsessions will vary but are often social in nature.

Specialist Teachers from the Autism Teaching Company can support children and young people in the classroom by furthering the understanding of school staff of PDA .We can teach staff strategies such as ways to help them adjust their demands according to the child’s tolerance level and how to give instructions in an indirect, non-confrontational style.